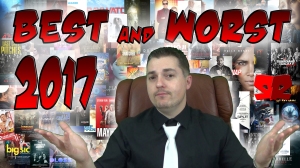 The World’s Changed, Boys.  Time We Change Too

It doesn’t seem correct that the last time I wrote a written review for a movie was over 2 years ago, but I’ll take your word for it, WordPress.  Well, I figured if I wasn’t going to have a video ready for this week, maybe I could write a review instead.  And what luck!  I happen to have seen a movie today!  So I’ll just go ahead and give you a few words about Spider-Man: Homecoming, written by Jonathan Goldstein and John Francis Daley, directed by Jon Watts, and starring Tom Holland, Michael Keaton, Robert Downey Jr., Marisa Tomei, Jon Favreau, Jacob Batalon, Laura Harrier, and Jennifer Connelly.

Peter Parker (Holland) is Spider-Man.  …Probably should’ve put a Spoiler Alert warning in the intro…  Anyway, he fights bad guys.  But not as much as he thinks he should.  The tailor of his suit, Tony Stark (Downey), disagrees and thinks he’s not ready.  Well Peter goes and does it anyway, getting in a little over his head when he starts getting closer with a gang of former salvage employees turned criminals and lead by the flying suit wearing Adrian Toomes (Keaton).  Other stuff happens, Tony tells Peter to get naked, Peter starts wearing a hoody with steampunk goggles, happy ending.

The general shittiness of my tone when describing the movie is not an indicator of my feelings about it.  I really enjoyed this movie.  I just don’t wanna give anything important away on accident.  I wanna do that when I goddamned good and ready!  I’m so happy Marvel got their mitts back on Spidey because they did it just as well as I hoped they would.  It just felt so much like Spidey!  More than it has felt like Spidey in quite a long time.  His jokes were good (Sorry Andrew Garfield) and at no point did he have a cringe-worthy dance scene in an emo black suit (Sorry Tobey).  It was more fun than serious, but succeeded on both fronts when it aimed to, which is something the DC Universe should take note of, especially with how well Wonder Woman did it.  The movie keeps our friendly spider more grounded and small, working out of a neighborhood setting one could say.  It doesn’t get too big for its britches, even though Peter wants it.  It’s better this way.  Spider-Man should handle his own business, and then occasionally get involved in the bigger, crossover type things like they do in those picture books people like so much.  He should have his Peter Parker troubles and have to perform a balancing act with his secret Spider-Man troubles, and in this movie he does!

The movie, however, was only ALMOST perfect.  It’s hard to put a movie together without flaws, and the minor ones in this were definitely forgivable, but worth noting because it’s very difficult to make jokes about good stuff.  The biggest one for me was the whole MJ thing.  One thing that really stuck in my craw about the Dark Knight Rises was the whole Robin thing, and the MJ thing in this movie reminded me of that.  You have this character that you’ve created for the movie and that’s fine.  But why have a big reveal at the end that the character we’ve been watching in the whole movie shares a name with something we know?  Like, am I supposed to get excited that John Blake’s real name is Robin?  Even though he’s not Robin and won’t be Robin and no Robin has been named John Blake?  So it’s just a moment of the filmmakers saying, “Remember that beloved character!?  …Well, this isn’t them.  But, y’know, it’s kinda cute… right…?”  Well that’s how the MJ thing felt in this movie.  Didn’t ruin anything, mind you.  I just thought it was unnecessary.  I also felt like this movie came dangerously close to getting in over its head with the characters.  I know Marvel is excited to get to play with these characters again, but when I looked through the Wikipedia page for the movie after the fact, almost every bit character in the movie was meant to be bigger characters from the comics.  They had Prowler (apparently), the Tinkerer, the Scorpion, one version of a guy that would become Venom, and TWO Shockers!  There was also electricity in some of the scenes, and that will probably be revealed to be Electro at some point.  It didn’t hurt anything for me really, but maybe slow down a little.  You can have bit players in a movie and it won’t hurt my feelings that the dude that sold Peter a sandwich wasn’t Kraven the Hunter.

I can’t say I have much to say about the action and visuals in the movie.  They were all great.  I thought they would be and my psychic powers were confirmed when they were.  …NEXT!

The casting was phenomenal.  We’ve met a lot of these people before and already knew how good they’d be so not a lot of surprise there, but they either met or exceeded expectations.  Tom Holland didn’t have it easy jumping into such an iconic character, but felt even better when we got to spend more time with it.  And being Spidey ain’t easy.  The first hardest thing about being Spider-Man is not beating Flash’s ass.  The second hardest thing would be having those abs and wearing a shirt to high school.  These are both things that would’ve been much different if I were Spider-Man.  Perhaps my uncles did a poor job imparting wisdom to me.  …Plus they’re both alive, which seems like they really let me down.  But Holland was Peter Parker and Spider-Man both at the same time perfectly, which is something I don’t think I could say about any other Spider-Man I know.  Michael Keaton was also expectedly fantastic.  He had solid motivation and reasoning and one of the most important things to get right about a villain is their motivation.  A bad guy who is bad just to be bad is boring.  This is a family man that got screwed by Damage Control and went a little overboard afterwards to take care of his family.  And he was intimidating AF!  The way they had him put together the Peter/Spidey thing was masterful and believable.  And his line comparing the way he got rich with the way Tony Stark got rich was also perfect.  Jacob Batalon as Ned and Zendaya as Michelle were both great comic relief, without overdoing it.  I felt a little annoyed with Robert Downey Jr. and Jon Favreau in this movie, though.  They did a great job, but their role in the movie was to get mad at Peter for trying to handle something even though he constantly tried to let them know about if first.  Something is about to get hijacked!  Call Happy!  …He hung up on me.  Better handle it myself.  “I TOLD YOU NOT TO!” says Tony.  “I also had the other thing handled and you didn’t need to get involved…but I guess I forgot to let you know I called the FBI.  …Probably would’ve let you know that you didn’t need to get involved if I told you, wouldn’t it…?”  Also, I really enjoyed Jennifer Connelly as Karen, Peter’s AI suit companion.  I didn’t know it was her until after the movie, but they had a lot of cute interactions.

Y’know, I always say I don’t have much to say about movies I enjoy and that’s why I don’t write reviews for them.  Guess I showed me!  I can talk way too much about anything!  Next up: Sports!  But Spider-Man was lovely.  A perfect balance of a Peter story and a Spidey story with only minor annoyances that don’t take away from the overall enjoyment, with great action and comedy and wonderful performances to realize those things.  Go out and see this movie!  You have my blessing!  Spider-Man: Homecoming gets “You were on the ceiling!” out of “If you’re nothing without the suit, then you shouldn’t have it.”

P.S.  Rest in Peace, Joan Lee.  This movie and character may not exist at all without your support.